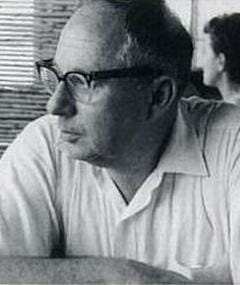 Irving Lerner, 1909-1976,  Early member of Workers Film and Photo League, and film critic for New Masses and New Theatre, left wing journals. He came to filmmaking from studying anthropology at Columbia (along with Margaret Meade) where he made films. A founding member of Frontier Films, he went on to work as editor and assistant director of Valley Town in 1940, with several former members, and then to co-direct Muscle Beach, 1950, with Joseph Strick. Though blacklisted, he later had a career as a director and editor in Hollywood, dying during the production of New York, New York. While working with the Office of War Information during World War II, it seems proven that he transferred information to the Soviet GRU intelligence service.