Television Broadcast of the Eichmann Trial

When, in 1961, producer Milton Fruchtman convinced the Israeli government to televise the trial of captured SS official, Adolf Eichmann, the designer of the deportation scheme for the Jews of Nazi-occupied Europe to the death camps, he turned to Leo Hurwitz. From the winter through the summer of 1961, Hurwitz directed the pool television coverage of the proceedings of the war-crimes trial of Eichmann in Jerusalem.  Hurwitz was uniquely qualified for the job, having directed two films about the Holocaust and having helped develop live television as head of production at CBS in the late 1940’s. Thus, he could use his experience to train a crew of raw technicians who, since it did not exist in Israel at the time, had never worked in television. In order to hire Hurwitz, the Capital Cities Network had to break the now collapsing blacklist in network television.

Switched live, the broadcast was fed closed-circuit to a theater in Israel and sent on the new medium of video tape to network television in most of the world. It would come to be seen by historians as a landmark moment in the international popular knowledge of the crimes of the Nazis and in the development of the Zionist movement. Afterwards, Hurwitz oversaw the editing of trial highlights into Verdict for Tomorrow (1962), a 30-minute summation that won a Peabody Award.

In 2015, The BBC and Netflix broadcast The Eichmann Show, a feature film starring Anthony LaPaglia as Hurwitz  and Martin Freeman as Fruchtman, based on the project of televising the Trial. 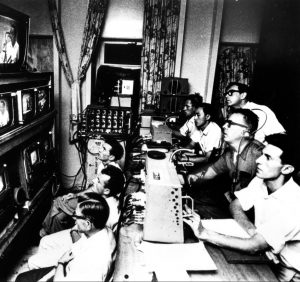 Leo Hurwitz, Milton Fruchtman and crew, Jerusalem, 1961
The control room of the television coverage of the Eichmann Trial in Jerusalem. Leo, the director, is center with dark shirt. Milton Fruchtman, the producer, is standing. 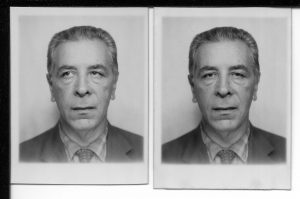 1961. Leo Hurwitz
Passport photos for Leo's trip to Israel to direct the television of the Eichmann Trial. He had been denied a passport previously for 10 years for political reasons. 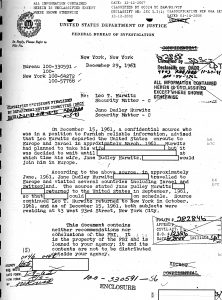 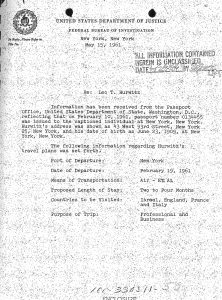