Directed by Hurwitz for the CBS Omnibus program, The Young Fighter is a moving portrait of a young boxer who faces key life decisions as he tries to balance his responsibilities to his family and to his sport. The film played an important role in the history of the documentary. It is the very first broadcast example of the technique that came to be known as cinema vérité.

In 1951, entrepreneurial Look Magazine still photographer, Fons Iannelli, had approached Leo Hurwitz with a new idea. Iannelli had developed a prototype of portable, sync-sound filming equipment. Why not try to make documentary films with the same kind of immediacy as the best photojournalism –, real events, real people, and add real sound? Iannelli approached Robert Saudek, producer of the CBS Omnibus magazine show, who was immediately interested. Saudek agreed to pursue the making of at least one film using the new technique’s potential. In those years, Hurwitz was firmly blacklisted. Unable to work for any broadcast entity under his own name, he worked for CBS with severe restrictions. Using Iannelli as his “front,” they began filming in 1952.

Photographed with their unique lightweight, though crude, sync-sound equipment, The Young Fighter was the most successful of Omnibus’s several forays into direct cinema. Several years later, The Young Fighter, along with a few other Omnibus segments, became the frame of reference for Robert Drew, Richard Leacock, Albert Maysles and DA Pennebaker at Time-Life Films as they began to experiment with the new form.

This film was preserved at the George Eastman Museum. 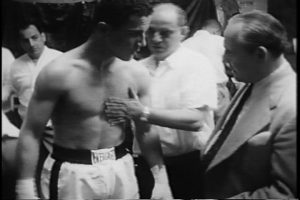 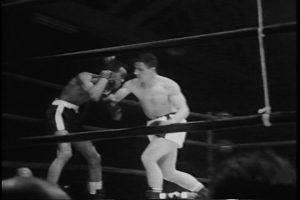